Skip to content
The eagle-eyed of you may have noticed the disappearance of the toilet block in the Polygon square in Clapham Old Town.During work to convert the former public convenience into a cafe, significant cracks were discovered in one of its structural walls. Lambeth Council decided that the cracks represented an unacceptable health and safety risk and decided to demolish the building.Clapham Common MAC (CCMAC) believes that this was a hasty decision and has raised concerns with the Council. We have also pushed the Council to address the eyesore of the current site and sought assurances that the money that would have been used to redevelop the building is ring-fenced, whatever future plans are agreed.
At CCMAC’s insistence, the footprint of the site will be reduced within the next week and some of the hoardings removed and the heritage roof tiles stored in a safe place.CCMAC believes there is a strong business case to not rebuild the block as intended but return the site to common land and landscape the area in sympathy with the Old Town. 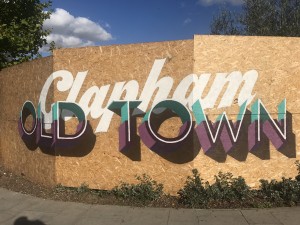 CCMAC does however recognise that there is a commitment by Lambeth Council to Transport for London to install some toilet facilities in the new Polygon cafe and Lambeth Council may have expected an income stream from the property proposed for the site. There are creative solutions to both without the need to rebuild the block like-for-like, which is likely to be much more expensive than originally budgeted, potentially meaning the site in its current form will remain undeveloped for months ahead, if not years, while extra money is sourced from somewhere. 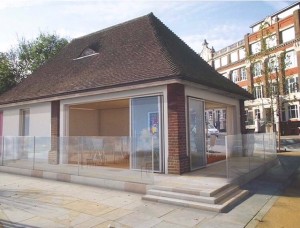 Historically, the plans to develop the block have been marred by a lack of consultation with the local community. CCMAC is determined to ensure this does not happen again.

If you have some exciting news or an upcoming event related to Clapham Common and you'd like to post details on our website, please get in touch.